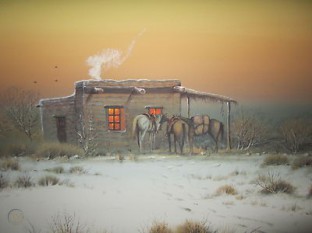 Sensual as in the embrace of the senses that all humans share. Throw in no few extrasensory, even paranormal, perceptions as well.

Search out the Paleolithic flora fossils in the oldest of Earth’s granite found up in the Llano country. The juniper-tanged breeze caresses you as you push aside this native shrub to see them, careful of the green prickly pear cacti with its sweet purple fruit and blazing yellow flower. Be sure to listen for the hissing rattle of the diamondback serpent.

Late on the right winter’s night, far out on the Island’s western beaches, look down on the nocturnally bluish dunes. You will see that you have two – yes, two – shadows. One blunt, vibrant, dark. The other long, willowy, ethereal. Look up. High above stands a proud, nearly full moon. Off east, stands Venus, brighter than any star. On that magic night, if you are lucky, you can cavort with the laughing ghosts of pirates and bootleggers.

Texas flames with a vast and visceral history. Johnson Space Center. Frontier ghost towns on the edge of the Big Thicket. The ruins of Spanish mission chapels 300 or more years old. Native American Pictographs dating back to the 1300s B.C.E.

And all the forces or people of the Texas past (that trigger the words I write) smell the smells, taste the tastes, then as I do now. This ‘sensuality’ seeds my work. And, I hope, makes it live.

(This blog post first appeared in Susan Mary Malone’s newsletter in September 2019. Susan is a wonderful writer and mentor. Worth checking out: https://www.susanmarymalone.com/newsletter2/ 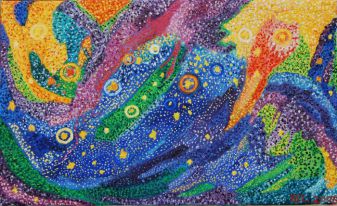 I was warned, it was a queasy scary thing to do.

My first image was of me standing on some invisible solid thing staring forward into as black a blackness as I could picture. I did this knowing that if I looked back I would see another blackness equally dark. The same darkness to the right, to the left, below me, and above me. There would be no end to it but I tried to see an end. Maybe I did. Either way I felt, in my arrogance, that I did a fairly good job of picturing infinity – picturing forever.

I’ve heard it said that the number of infinity is the biggest number there is plus one. I’ve also heard that infinity plus one is exactly equal to the infinity without the plus one. Mathematicians say that to protect their jobs, I think.

I have come to believe that opposites are equal in my old age. The extreme political left is just as evil and dangerous as the extreme political right. Just ask an old person who lived in Germany in the 1930s as the right wing socialists of Hitler fought it out with the left wing socialists called Communists. The scorching of the sun is just as deadly to me as the chill of absolute zero. People die from good health just as much as people die from disease – none of us get out alive.

As there is no edge to the infinite there is not supposed to be an end to forever. This of course brings me to the contemplation of ‘nothingness,’ a supposedly equally hard thing to contemplate much like that infinite darkness I tried at the first. Total absolute emptiness – can there be such a thing to be contemplated?

The fundamental mistake I made was confusing nothing with emptiness. They are not the same it turns out. When there is ‘nothing’, there is not even ‘nothingness’.

The best I can figure from my studies that, in my arrogance, I pursued in my efforts to prove the preachers, the schoolyard kids, and so many teachers wrong, is that fact that nothing and emptiness are not the same thing.

A Zen master would shrug at my puny efforts as he contemplates a similar thing he calls ‘the void’. Actually, in some counterintuitive work of nonworking, he abandons an act of perception for a non-act of some kind of passive perception of stillness and void. He would invite me to come to this place and reassure me.

Fear not the still void, he might say, for it is not actually empty. All the Buddha’s play there.

I am not satisfied. However, neither am I arrogant any longer. I grovel at the feet of understanding, humble and contrite. My finite mind cannot truly grasp at the infinite.

The contemplation of the infinite comes upon me sometimes as I ride my light speed vector amid this mortal universe. Most often when birthdays approach. Birthdays do that. And one approaches soon. Mortal is the operative term. The opposite side of the forever coin. I spend time thinking of my mortality in those nights.

The greater part of this post first appeared some years ago in this blog. Around an earlier birthday. Search through the archives if the original is of interest.

A treasure hunt of sorts.

Instead, in the bed tonight, give forever a thought. Or infinity. Or nothing. The real nothing where there is not even nothing. That may bring sleep or may chase sleep away.

Have any experiences with seeing infinity? With picturing forever? Have any comments at all? Email me at smalone@stevenspen.com