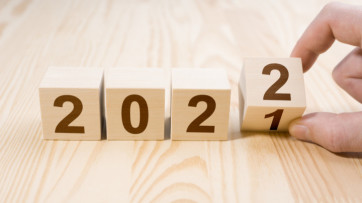 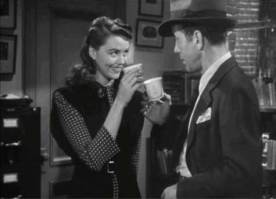 The Mystery of Mysteries

The criminal is the creative artist; the detective only the critic. ― G.K. Chesterton

Because I’m writing a series of sleuth novels, I thought I’d take a gander at what some of those writers thought about their sleuth stories, and their art.

Most interesting, as it turns out: Writing is still writing.

I write historical fiction and historical fantasy. But an accident put me onto Dashiell Hammett and from there onto Raymond Chandler. The dam burst, and I was off writing a mystery. A historical mystery but a mystery.

As with most writers, I turned to google, bing, and firefox. Inquiring minds do want to know. There’s a lot out there. Most of us are generous and eager to share the mechanics of our art. It turns out that classic mystery writers are/were as well.

We can find good rules of thumb, formulas, and guidelines. Heck, I even found a number of mystery plot generators.

Our task as sleuth writers is to make our readers hear, feel, and above all, see. That is all and that is everything. — Joseph Conrad

I learned to try first person POV. Something I’d never done before. This lets the reader live vicariously through the narrator and be closer to him. Even makes the action keener felt. First person can allow your protagonist to be naive, especially in his or her first cases. However, naive is okay. Stupid? Never. Readers will not like dumb or inane. That probably goes for antagonists. Antagonists can overlook something that ends up with them catching themselves but the protagonist needs to end up noticing.

It’s always good to throw in some romance. These days it’s expected. Try for the unexpected twist or the unpredictable liaison. Too often a pairing has been done to death. Make it fun. Make it spicy.

Sidekicks are good. They are friends and foils. They prevent the hero from getting too full of him or herself. Or, the opposite, they can prop up the hero in difficult times. They can offer different perspectives. They can watch the hero’s back.

Throw in some action. Sleuthing is a dangerous business. Murderers do not like being hunted or caught. They are not nice people—generally. Who knows, maybe our antagonists have mitigating circumstances and it’s a sad day when they’re caught.

The best advice I found was “make it believable.” It is essential that your sleuth is involved for more than idle curiosity. Give strong reasons for the hero to be tenacious—especially when facing danger. As a murderer has motive for the crime, the sleuth must have motivation for getting to the solution.

Now for the masters:

I chose to have them comment on; being a writer, plot, tension and conflict, characterization, and style. It’s a bit of a hodgepodge and I will not attribute all of their comments for the sake of length.

For all of you considering such stories, researching these writers will be fun and well worth your time. Get at it.

Writing doesn’t get easier. Every novel is a first novel. (John Le Carre)

We all need to look into the dark side of our nature—that’s where the energy is, the passion. People are afraid of that because it holds pieces of us we’re busy denying. (Sue Grafton)

The faster one writes the greater the output. Besides, going slow means trouble. You might be pushing your words instead of being led by them. (Raymond Chandler)

As a man writes his fiction, his fiction is writing him. We can never change ourselves back into what we were, any more than I can change these printed words. So we have to be careful about what we write. (Ross MacDonald)

Open your mind to new experiences, particularly to the study of other people. Nothing that happens to a writer—however happy, however tragic—is ever wasted. And, write what you need to write, not what is currently popular or what you think will sell. (PD James)

If you do not seek to publish what you have written, then you are not a writer and you never will be. (George V. Higgins)

I am not the law, but I represent justice so far as my feeble powers go. (George V. Higgins)

I suppose I shall have to compound a felony, as usual. (Arthur Conan Doyle)

There is nothing like shooting a man while he's down. (Patricia Cornwell)

A good plot was one which made good scenes. A good story cannot be devised; it has to be distilled. (Raymond Chandler)

There are thirty-two ways to write a story, and I’ve used every one, but there is only one plot—things are not as they seem. (Jim Thompson)

I see plot as a vehicle of meaning. It should be as complex as contemporary life, but balanced enough to say true things about it. The surprise with which a detective novel concludes should set up tragic vibrations which run backward through the entire structure. Which means that the structure must be single, and intended. (Ross MacDonald)

It has long been an axiom of mine that the little things are infinitely the most important. (Arthur Conan Doyle)

We all need to look into the dark side of our nature—that’s where the energy is, the passion. People are afraid of that because it holds pieces of us we’re busy denying. (Sue Grafton)

Murder is murder, as much a curse to the slayer as to the slain, and cannot be a matter of indifference, whoever the dead may be. (Ellis Peters)

The only thing better than getting away with doing a crime was to get someone else convicted for having done it. (Dick Francis)

Now is the dramatic moment of fate, Watson, when you hear a step upon the stair which is walking into your life, and you know not whether for good or ill. (Arthur Conan Doyle)

Violence does, in truth, recoil upon the violent, and the schemer falls into the pit which he digs for another. (Arthur Conan Doyle)

Jealousy is a strange transformer of characters. (Arthur Conan Doyle)

Men drive off bridges and drink too much because of women like you. (Janet Evanovich)

Too much virtue has a corrupting effect. (Sue Grafton)

Pretty was hardly the word. With her fierce curled lips, black eyes and clean angry bones she must have stood out in her graduating class like a chicken hawk in a flock of pullets. (Ross MacDonald)

“Character determines action,” she said, slowly, at last. “That is the secret of the great novelists.” They put themselves behind and within their characters, and so make us feel that every act of their personages is not only natural but even — given the conditions — inevitable. (Catherine Louisa Pirkis)

I would like to carve my novel in a piece of wood. My characters—I would like to have them heavier, more three-dimensional… My characters have a profession, have characteristics; you know their age, their family situation, and everything. But I try to make each one of those characters heavy, like a statue, and to be the brother of everybody in the world. (Georges Simenon)

The ideal mystery was one you would read if the end was missing. (Raymond Chandler)

To exceed the limits of a formula without destroying it is the dream of every magazine writer who is not a hopeless hack. (Raymond Chandler)

The most durable thing in writing is style, and style is the single most valuable investment a writer can make with his time. (Raymond Chandler)

Never tell your reader what your story is about. Reading is a participatory sport. People do it because they are intelligent and enjoy figuring things out for themselves. (George V. Higgins)

There are times when an old rule should be abandoned or a current rule should not be applied. (Sue Grafton)

I sat at the feet of the masters so that I may, the gods willing, stand upon the shoulders of giants. These things are what I learned. I give them to you, both as writers and readers.

Go grab a good whodunit and a cup of coffee. Hunker down. Solve all your mysteries.