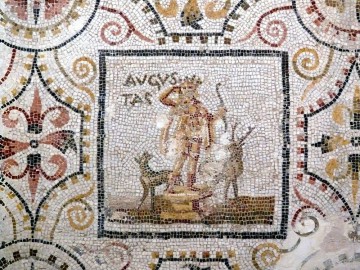 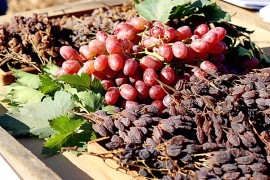 The first piece of great advice I ever got as an author want-to-be was; 'Keep your day job!' Advice any want-to-be should never forget.

The second piece of great advice I got as an author was; 'There is no such thing as writing, there is only rewriting.'

Whenever I have the opportunity to teach English or even Creative Writing, this quote always finds a place in an early class. It always finds a student or two that has challenge in his or her eyes.

So, one of my students, call him Jesse, marched up to the board, all cocky and arrogant, and wrote; 'I hate raisins.'

A written statement not a rewritten one, yes?

No. There exists a plethora of baggage in the statement; 'I hate raisins'.

Put that sentence in your head. Mull over it. Do you hate raisins? Do you love them? I envision that plump, tartly sweet grape shriveling into that rich brown wrinkled thing. I remember the taste of the sugary, juicy, liquid grape and compare it to the fuller, syrupy taste of raisin. I feel the bright, refreshing burst of grape and compare it to the cloying stickiness of raisin. Flash on my Mom handing me that little red box of raisins when I really wanted candy. It's better for you, son. Flash on that cookie with the coffee colored nodes that I found to be raisins when I expected chocolate.

Actually, were it I to 'write' a sentence, I would write; 'I love raisins'. However, each and every thought and memory mentioned would flow through my mind before I could construct the series of words that spelled out the sentence; 'I love raisins'.

That act of writing is the conversion of all pure thought, all visions, all sensory memory, and all my history with raisins into that sentence. I, in effect, rewrote.

Rewriting what is in our brains and memories is the primary rewriting act. There follows the secondary act – enriching our prose. Explaining ourselves. Plugging in the memories of self or character. Adding the visual and the sensory. Everything that turns statement into authorship.

Next, we take away. We trim the unnecessary. We flush all the extraneous material our editors insist upon. All the things we most love, of course.

Then the prose returns from the publisher and we augment. We add all those things the publisher tells us makes a more exciting read. All the things he/she is correct about.

And, finally, we edit – we proof. We give our writing sense and coherence with what we hope is adequate spelling and accurate grammar and punctuation.

The thing is published and the very last rewrite comes from our readers generous enough to tell us each and every mistake we missed.

There is no writing – there is only rewriting. 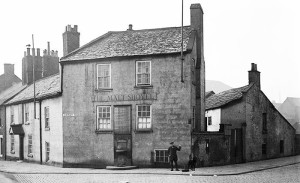 Foot sore, road weary, thirsty, and haunted by all the joyous ghosts lingering in the shadows of the ruins, I made my way back to the quieter corners of Carlisle. I looked up. Within my gaze was always found that most wondrous British institution. There dangled the sign above the door of the British Pub.

How I did relish those signs in the evenings. Please, may I have a pint of ale I can't buy in the US?

Disclaimer: In what follows, I will extol the joys of Ale and the drinking of it. I am a moderate drinker by nature and, to my good fortune; this has remained true into my advanced age. I encourage no one to acquire new bad habits. Seek moderate habits. Drink responsibly. Drive sober. Stay in school.

I saw ale drinking vessels in museums that date to the ancient kingdom of Ur. You almost can't get any older evidence of the enjoyment of fermented grain. I am told that my ancestors, the Celts, drank beer since the Bronze Age. I envision their smiling faces sipping from skulls or horns in the dark of their round houses as the northern winds howled. Then the roads came.

The Romans brought the roads building them arrow straight until, like a spider's web, they ensnared most all of northwestern Europe, Britain included. Along these roads, the Roman 'tabernae' sprouted. Tabernae offered refreshment to weary travelers like me. The Anglo/Saxons followed. From these wonderful Germanic domestic dwellings, the woman that became known as the 'alewife' hung a green branch from a pole announcing her brew ready for drinking. From these dwellings grew the 'alehouses' where villagers gathered, gossiped, found ways to help each other. Hence evolved the pub.

They became so commonplace that as early as 965 King Edgar decreed laws to regulate them.

I came to the end of my touring each evening, in the middle of a heat wave I did not expect, to benefit from the evolution of alehouse. I found few things like it in the US. Rarely do you find a taproom you can walk to. Rarely will I find someone I know where I can buy a drink. Even less frequently, ale as good to taste as what I found across the pond is on hand. Flavors are rich, multi-dimensional, and layered in the British ales. The beers and ales in the States are only beginning to catch up. At least some of the so-called microbrewers are giving it a try.

So, I'd enter and ask the barkeep for that special draught recommendation – something good, something brewed locally, something I could not get in the states. Most times, the barkeep was a pleasant, and pretty, blonde woman perplexed a bit at my Southern accent even more than at my request. Still, she drew up something nice. I'd take a couple of pints over to the table near the open door to try to catch a breeze. We would sip and review the day.

I made sure to go to a new pub each evening. I would flavor the pubs as I flavored the ales. They are not cut from the same cloth. Most bow to the time honored pub character with tones of rich brown, antique mirrors, handsome taps colorfully showing the brands, and quiet nooks to sit in. Some are more modern and appeal to more modern times. Each offered unique food choices, some traditional and some more modern fusions.

I found no better way to end the day. 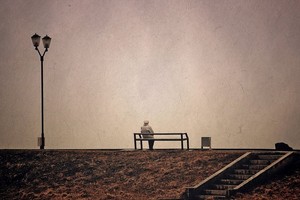 The first casualty of war is truth.

The first casualty of relationships is intimacy.

Ummm, not so much. Sorry. Still this post is not really for those that hide their faces when people are kissing in the movie or get disgusted when their parents are holding hands on the couch. 'Yew, get a room guys!'

'Intimacy' is that feeling of being in a close personal relationship and belonging together, a familiar and close affective connection to another with a bond born of knowledge and experience of the other. Intimacy requires dialogue, transparency, vulnerability, and reciprocity.

I bet we all thought we had those things, or found them, or earned them, by the first fading of the honeymoon days of our relationships.

I've read that the loss of intimacy is born with secrets. Secrets can be and often are weapons, defensive weapons and offensive weapons. We protect our secrets with lies. Lies of commission or of omission.

Usually, I guess, our secrets of self are protective in nature. What we say or don't say or stop saying changes the game by changing the rules. We get what we want. We get out of what we don't want. We might even disguise the thing, to ourselves, with the excuse that we don't have to give the real reason to our intimate therefore sparing feelings. However, our secrets and the lies of omission or commission are weapons. They are used to gain victory.

Confusion to our enemy! Our army stands. The field of battle is ours. The battered enemy retreats to lick its wounds. The day is ours. The prize is ours.

Is it the victory we wanted? We won. We got what we wanted. We didn't get what we did not want.

Who knows? Who cares? We won.

Our other is confused. Our battered other retreats. Our other licks its wounds. Victory is ours. The war, maybe, is over. What we wanted is in hand.

Intimacy really is the first casualty, the first easy 'throw away', of the wars of relationships.

Ah, shrug it off people. We won.